The highlight for this release is Locomotion!

The above animation is automatically generated, given just a handful of parameters to ragdoll.

I'll walk through what each of these mean in the rest of this documentation.

Let's start with a quick look at what you can get out of this new toy.

Yes, you can give it a terrain.

As you can tell, quadrupeds fair much better!

But with some physics, it's starting to look nice. :)

Here's what we're aiming for with this release.

To achieve this, you've got control over:

There can be any number of feet and it can travel any amount of distance. The Step Sequence is how you're able to achieve different kind of walks.

And the Terrain is how it can do this across geometry of any complexity.

Let's talk about what cannot be solved with Ragdoll Locomotion.

As of this release, it only understands 2 things.

And for feet, it only understand the position of the foot, not its orientation.

But Marcus, that doesn't leave much room for many creatures. They all have arms!

With that out the way, let's look at what it can do!

Here's what you do.

The generated locomotion is the result of a "plan", meaning each of the inputs you give it. Including this initial selection.

Locomotion also has a manipulator, accessible by selecting the rPlan node and pressing T on your keyboard.

Locomotion is computed in the background.

Normally, it'll take a second or two to compute 4-12 seconds worth of locomotion, and you can safely interact with Maya whilst it's running. It has zero impact on your overall Maya or character rig performance.

Anything from a box with a sphere for feet to the most complex digi-double will do.

The rig in the above example is nothing special, as you've seen from the examples above this works on "rigs" as complex as a box and 2 spheres.

You can have as many characters in the scene as you like.

These currently run 1 at a time, but the next release will unlock this to 1-per-core. Meaning you can have 128 characters computed in parallel on a 64-core AMD CPU. Now for what purpose could you ever need that many?

Locomotion is an entirely separate "brain" that you may, or may not, want to combine with regular Markers.

Body and/or feet can be Kinematic or driven by a Pin Constraint, or anything inbetween.

Unlike a simulation, Locomotion is entirely time independent. So it isn't strictly necessary to record; it will run directly on your character rig.

You can edit the locomotion as keyframes via Maya's native Bake Results command.

This will become your new best friend. With an easily recognisable pattern for when to move your feet.

It can be used to produce a wide variety of locomotion, such as this frog sequence.

Once you've figured how to get somewhere, next up is figuring out where to go.

Use the Rotate gizmo to control the orientation of the body at the start or end positions.

Is your character jumping or limping? Maybe dancing? Limits control the area in which each foot is allowed to move.

Here's an example of how a short limit on one foot, and long steps with the other foot, can generate a wounded or limping locomotion.

Things can easily get more interesting by swapping out that flat ground with some geometry.

Sometimes, Locomotion can get stuck Thinking.... Let us know if this happens, along how you got to that point. We're working on narrowing this down.

In addition to locomotion, a few minor things were improved in this release.

With the previous release keeping track of the order in which you select things using the manipulator, this release carries on the trend by enabling constraints to be made from within the comfort of the Manipulator. 🤗

If you had 2 controls of the same name but in different namespaces, the Manipulator could get confused about which one you were actually editing.

In response to feedback on the default values, 3 of them has seen an upgrade.

These can all be found on the rSolver node. And will result in more accurate simulation and less explosions. Bearing in mind that many simulations do not require this amount of substeps and iterations, and they come at the expense of performance. So if you find yourself in need of more juice, lower these back down to 4 or lower. If it looks right, it is right.

As it happens, MacOS users were getting a much too small Manipulator HUD! 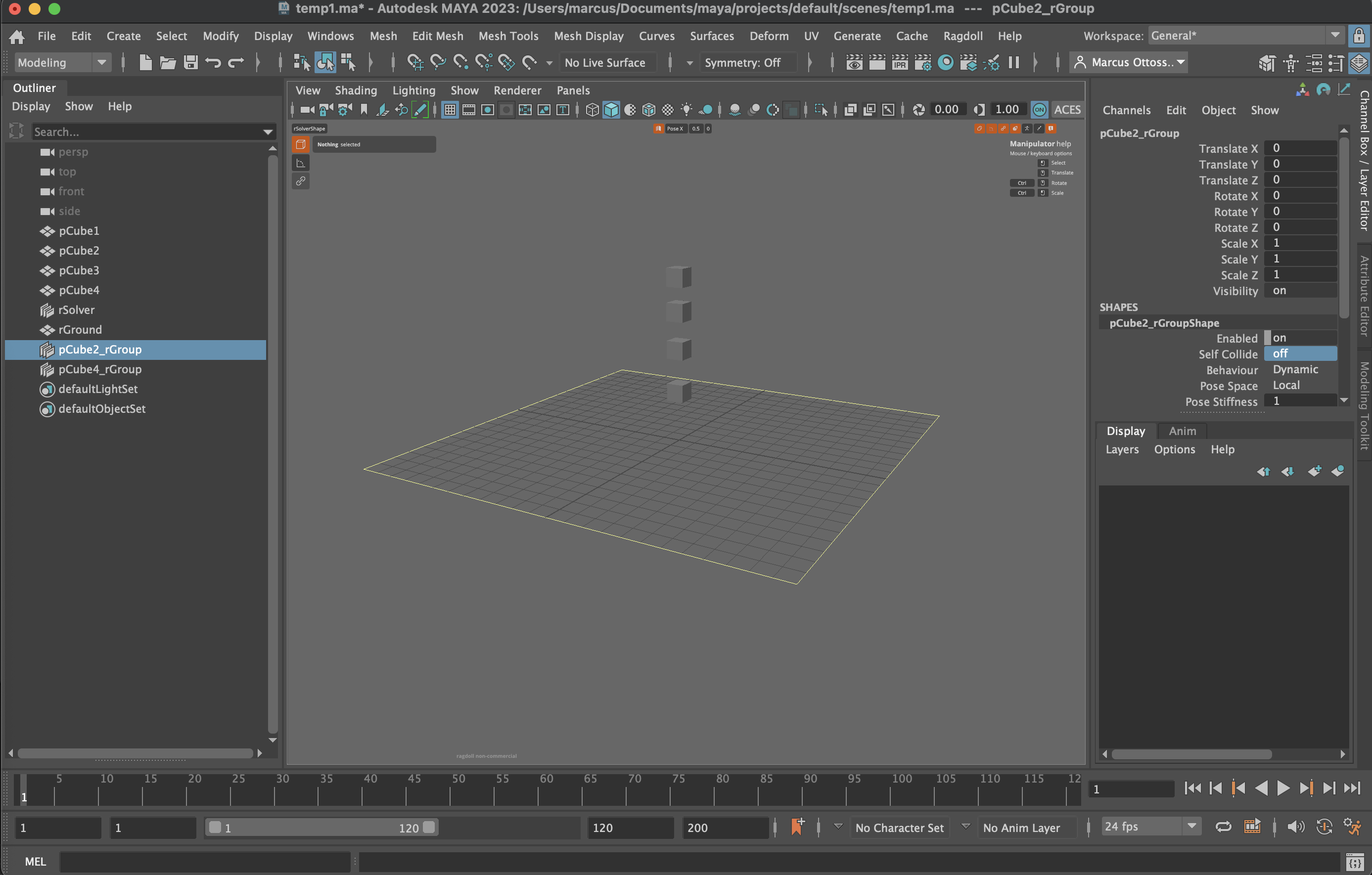 This has now been addressed. 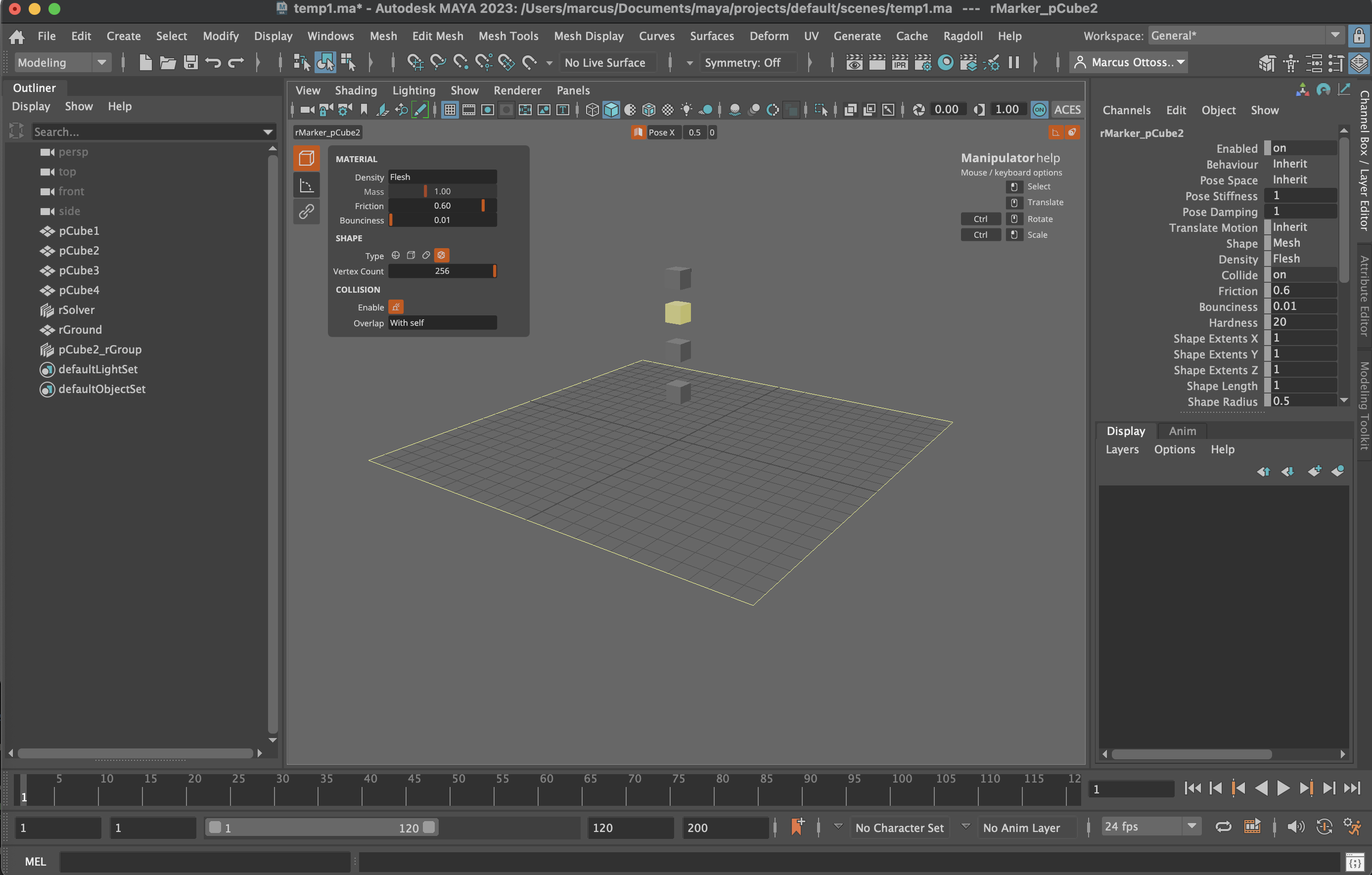 If you encounter any issues like this, please let us know in the forums!