You can import a Ragdoll setup exported from Maya, back into Maya. It'll re-create everything just the way it was.

To use it, download the rig and import the Ragdoll file. 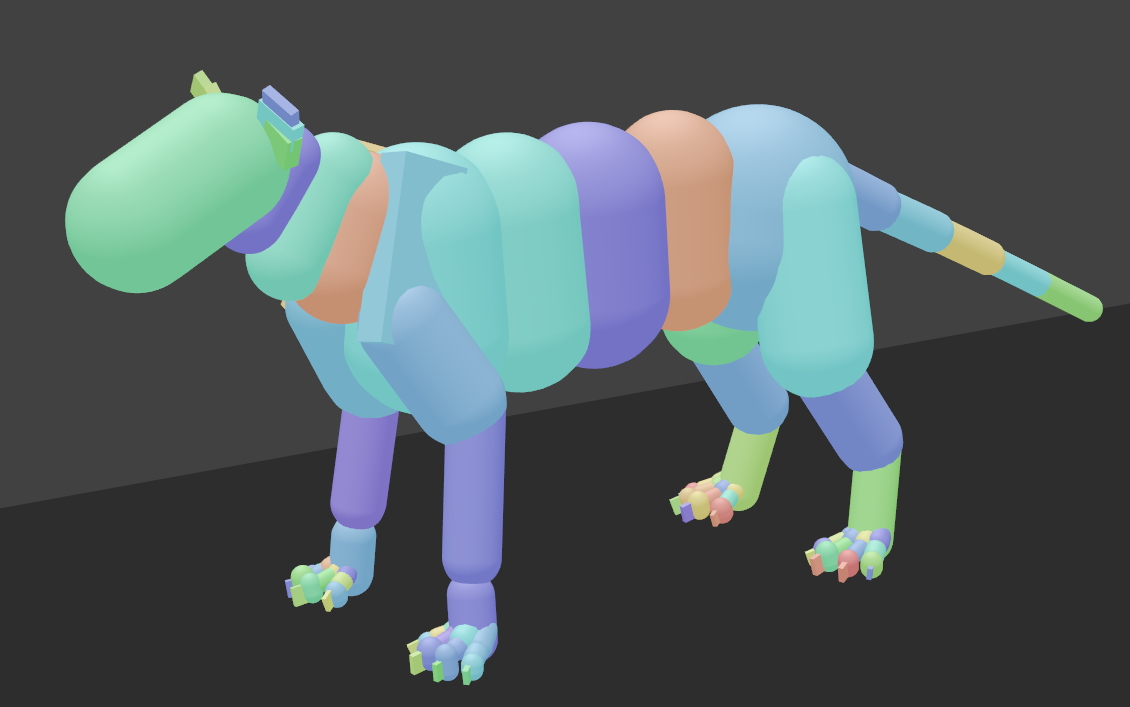 It contains 2 levels of detail.

On import, Ragdoll will try and find the names of what you exported in your currently opened scene.

Once you're happy with your character, it's time to export. Towards the bottom of the UI, you'll get a preview of what is about to be exported. This can help clarify that what ends up on disk is what you expect.

In a new scene, with the same character, same names and everything, import as you'd expect. At the bottom of this UI, you'll get a preview of what's in the file on disk, along with how it will associate the node names found in the file with what you have on disk.

Odds are, the character you're importing either has no namespace, or has a different namespace to what you've currently got in your scene. As in this example here, with 3 copies of the same character, each with its own namespace.

Use the Namespace dropdown to select one of the current namespaces in your scene, or Custom to type one in yourself.

Per default, Ragdoll will import the file into the current solver in your scene, if any. Or, you can import the original solver from the source file.

Here are a few things that will be addressed over time. Let us know if you encounter anything else!