There are two mechanisms for managing performance.

With 2 or more Ragdoll solvers in the same Maya scene, Maya will run these in parallel. Which means they will both run independently, on separate hardware cores on your CPU. Currently, you can expect a 2-3x performance increase through use of multiple solvers, with more optimisation to come.

A single Ragdoll solver can be automatically broken up into simulation "islands" that run in parallel. Islands are created when two or more groups of rigid bodies are unlikely or unable to interact. For example, two characters in the same solver far away from each other. To leverage solver-level parallelism, adjust the rdScene.threadCount attribute (under Advanced in the Attribute Editor). A value of 0 (default) means it will run on a single thread, on the same thread as the rest of Ragdoll and Maya.

For small scenes, with less than 100 rigid bodies, you should expect improved performance from a single thread. Each thread comes with some amount of overhead.

Some menu items now have option dialog boxes for further customisation. Settings are stored with Maya's preferences and persists across scenes and between application launches. 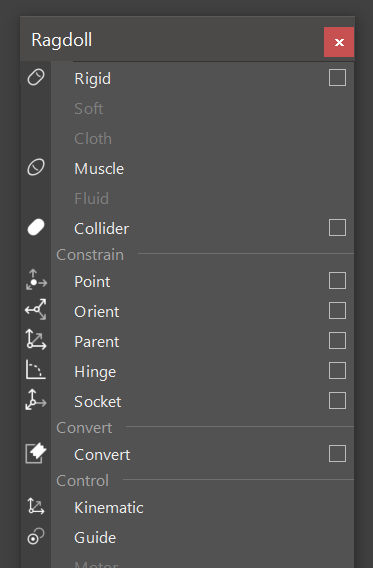 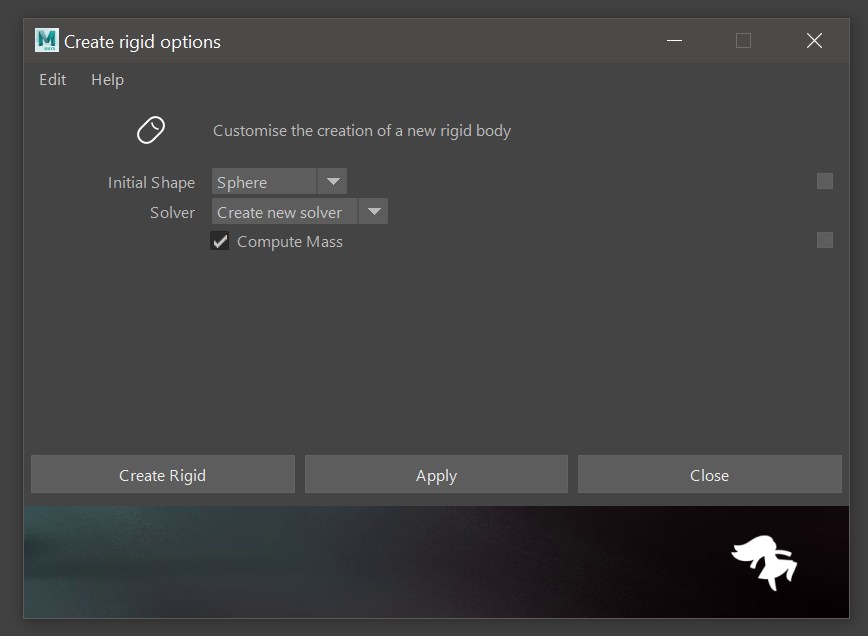 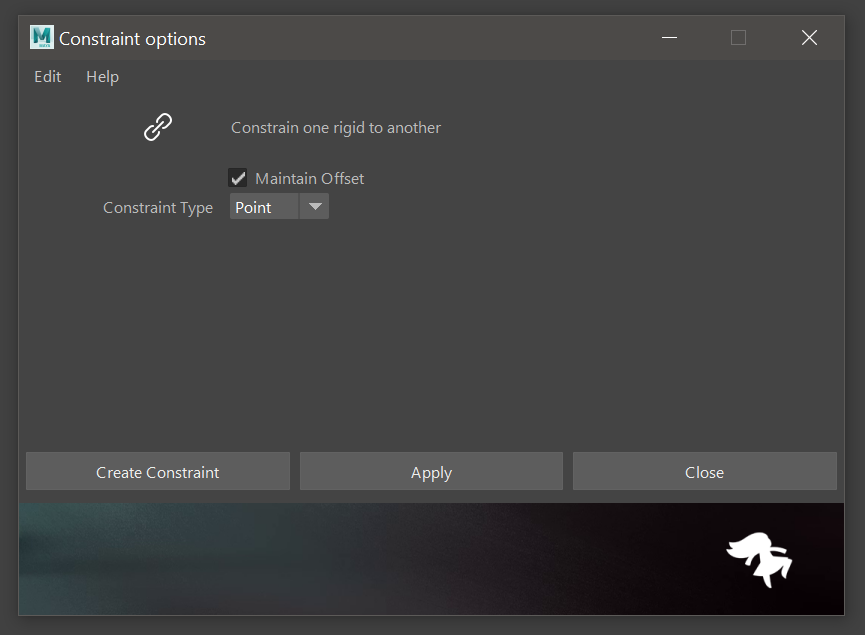 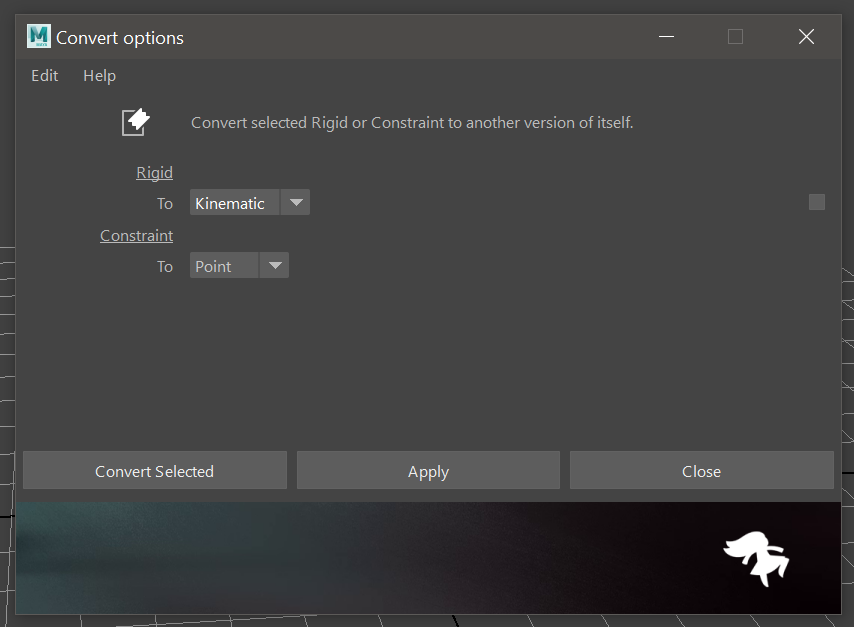 The "Dynamic Control" feature now enables control of the simulation using the animation used for blending.