Highlight for this release is Quality of Life!

Let's start with the good stuff.

Our Manikin is stuck!

Also known as "Animated" and "Simulated"

Marker behaviour has been simplified.

Groups are now either Kinematic - for fully animated, no physics involved - or Dynamic for having things affected by gravity and contacts with other Markers.

In the above example, I'm alternating between Kinematic and Dynamic for the entire character.

As part of this simplification, two things have changed.

Initial State can be achieved with Dynamic and a Pose Stiffness of 0.

And like before, individual markers can be overridden to be either Kinematic or Dynamic. When set to Inherit it continues to use whatever value was found in the group.

In the previous version, a group was automatically created whenever you assign to a connected series of controls.

This release enables you to group standalone markers too, and to retroactively group markers in any way you please.

Select some markers, put them in a group.

Select one or more markers, along with a destination group, and move them.

When assigning markers, you are now also able to pick which group to put it into, or whether to make a new group. Or no group!

Rotate and scale the resulting lollipops to fit your rig and workflow.

Should you have markers without a lollipop, assign them afterwards using the Lollipop menu item. This is also where you can customise which attributes should appear on them.

The Use Proxy Attributes option makes attributes editable both on the Lollipop and on the original Marker. The downside however is that they make life in the Graph Editor less pleasant. 🤔

Some improvements and reshufflings to make your life more complete. 🥰

There hasn't yet been any rig not supported by Ragdoll, until last week when @mandala got in touch with a new challenge. A rig made with an rigging system plug-in called Contour.

Recording this rig results in cycle warnings, presumably because part of how it operates depends on viewport updates.

In this update, there is a (default) Nice and Steady option for recording which ensures the viewport stays up-to-date with the dependency graph, and that did the trick! 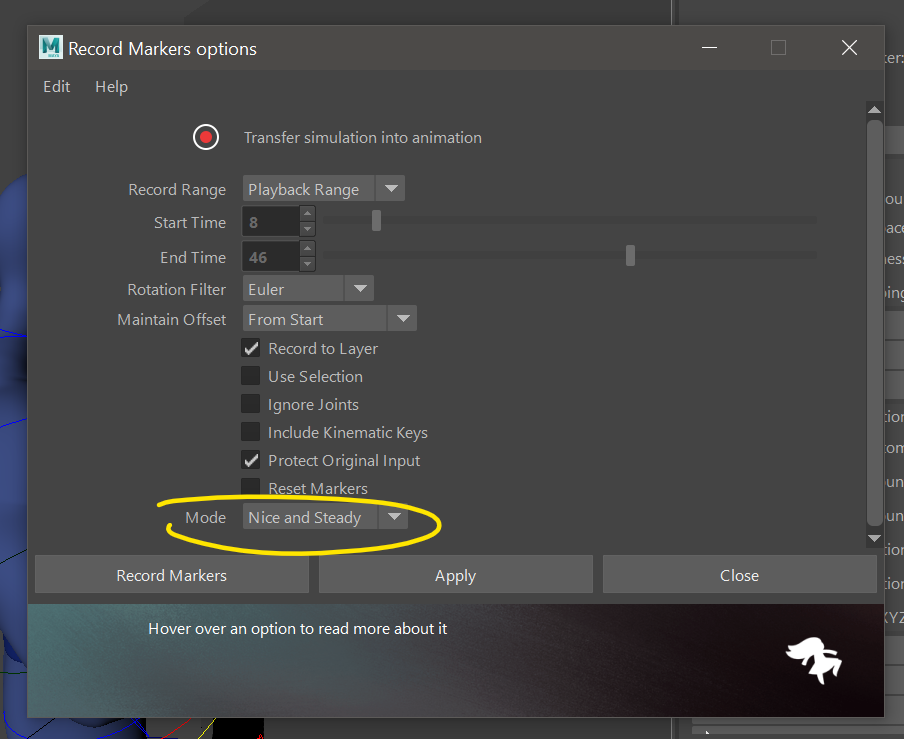 Importing markers onto a character in a different group, or a different character altogether, could be tricky since their hierarchies would differ.

There is now an option to find a matching control by name rather than its full path.

In this example, the character has a different parent group than when it was exported, changing all of the full paths to each control.

In the case of scaled markers with a replaced mesh, this happened.

The offline activation process has now been streamlined; no longer requiring an email conversation back and forth. It should take some of our load off, whilst at the same time enabling you to offline activate when we are sleeping. 😅

Whenever someone attempts to trial Ragdoll, but their machine is not connected to the internet, they would receive a message about how their Trial has expired.. Even though it was never activated in the first place! 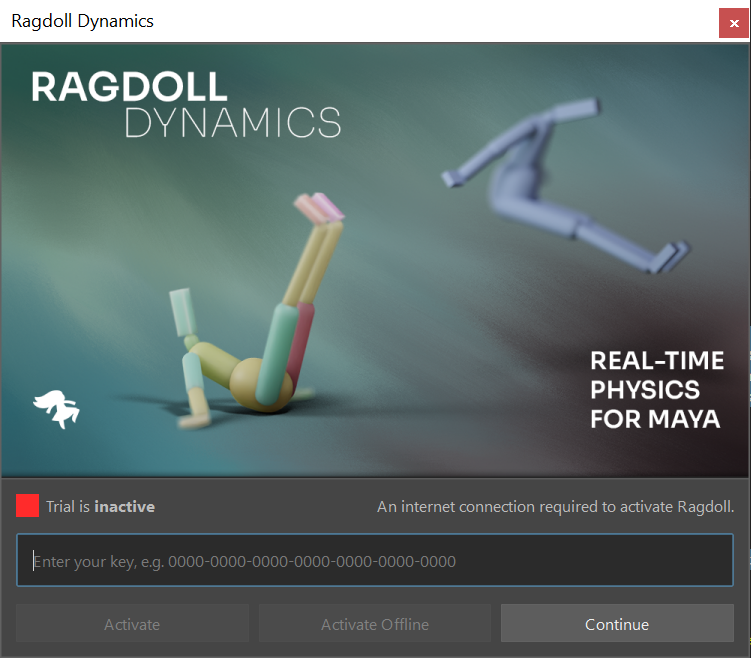 The translation component of the World Pose Space wasn't very visible before, now it is! It's also drawn using the color of the Marker it's associated with, to aid in figuring out what it's actually affecting. And also make things a little nicer to look at.

Sometimes, Ragdoll could leave some remains after recording your simulation. This has now been fixed. 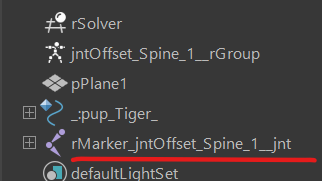 Under rare circumstances, it's possible to assign a marker onto a control that's been constrained. It wouldn't make sense to record onto this control; because what should you expect to have happen? The control is either animated or it is constrained.

At the moment, this constraint is also recorded and once complete your original constraint is deleted. If possible! If the constraint is from a referenced file, then you'll instead see an error. 🤔

The Record UI has seen some updates. It used to always record your current playback range, but can now be customised.

You can now drag-select on the timeline to record only that specific region.

The minimum and maximum range on your timeline, beyond what is played back.

Record only the range currently played back, this is the default and current behaviour.

And finally, provide your own values. These values, along with the option of which range to pick from, is remembered alongside your Maya preferences just like all other Ragdoll options.

In the rare circumstance of:

You would find yourself with a missing constraint. As it happens, when Maya encounters an existing constraint it won't actually create a new constraint when you try and constrain again. Instead, it will append to this constraint.

As a result, since Recording constrains your character to the simulation and then bakes the keyframes, once it was complete and went on to clean up any new constraints it had made, it also deleted yours.

The Ragdoll Manipulator didn't like multiple viewports being present at the same time, resulting in a similar situation as 2021.12.15.

Ragdoll now draws and responds to the manipulator in the currently active viewport.

Sometimes, especially on a floating licence, you'd like to release your licence such that another artist can pick it up.

To do that, you can either go to the Ragdoll UI and Drop Lease for a floating licence of Deactivate for a node-locked licence. Or, you can simply unload the plug-in.

As it happens, if you did then Ragdoll would clear your scene. Without confirmation. 😵

This has now been fixed. You'll still need to ensure no Ragdoll nodes are present in your scene though, like any normal plug-in.

A new menu item has been added to delete physics only from the current selection.

This was possible using the Use Selection option within the Delete Physics option dialog.

Markers can also be manually deleted in the Outliner, they are DG nodes.

Another way of deleting an individual marker is:

Yet another way of deleting an individual marker is: